As featured on realestate.com.au

With almost 74 million families lacking adequate housing in India, developer and former tennis champion Mark Kratzmann vowed to build one home in the Dehli slum, Bawana for each apartment sold at The Ivy Picnic Point.

The first two home recipients have also been named.

Zamila (50) and her husband Ali Aula (55) have lived in a make shift house with a plastic sheet roof with bamboo poles and temporary brick walls.

They will move into their house within the next eight months.

Shehnaz (30) and husband Md Naushad (30) have worked hard to purchase a plot after living in rented accommodation for about three years.

“Quite often it is widowed mothers, where the husband …is killed at work then the mothers are stuck,” he said.

“They also do them for other families that are trying to get ahead.

“They go and interview the families and quickly work out who’s actually trying to get ahead and those ones they might even half subsidise the house and do a micro loan…that money comes back and they get to build another one.”

Kratzmann said when visited India last year he was impacted by the opportunity for families to finally have septic.

“When I was there watching little kids jumping over open sewers, and there like two-years-old and it was horrific,” he said.

“I’m sure there’s other countries that have the same issues with sanitation, but that really impacted me.”

According to Habitat for Humanity an estimated 69 per cent of Indians still lack access to improved sanitation facilities and five of the 10 causes of death for children aged one to for in rural areas are related to water and sanitation.

All houses will be built in one of Delhi’s biggest settlement colonies Bawana, where Habitat for Humanity have already build more than 600 new homes since 2005.

When built, the houses measure about 27.86sq m, over two levels, which meets the Delhi Government’s minimum quality standard of 3.48sq m a person.

Back home, construction started on the riverfront apartments in October.

Kratzmann said owner occupiers made up most of the sales, with 60 per cent of the development now sold. 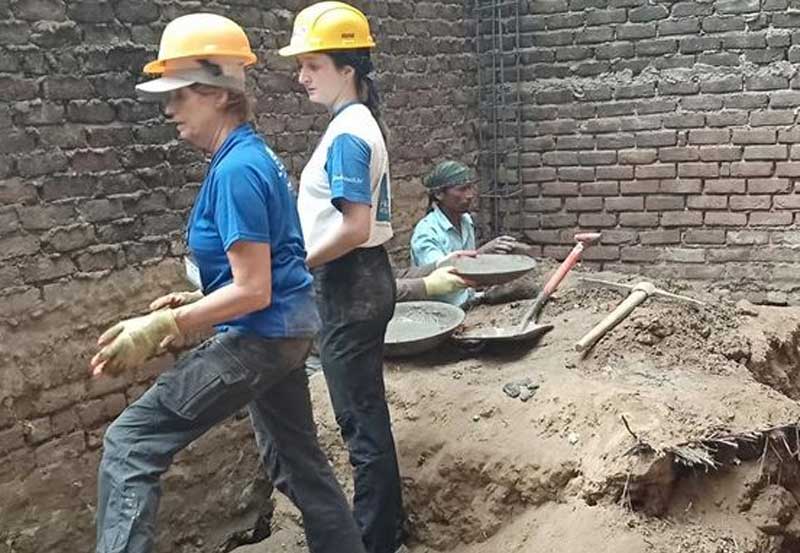